3.6+ getting occasional lock up when dragging piece from a window

I can’t reproduce it at will, but it happens pretty regularly in a number of modules. The piece i am dragging has a ghost image that is stuck on the screen (visible outside of the module). Nothing seems to recover it - i have to kill the whole process. 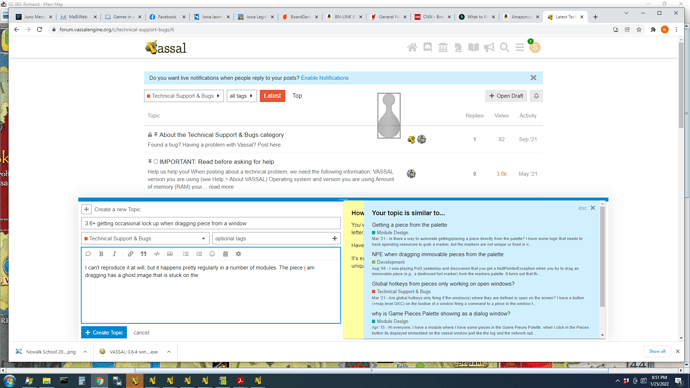 I have been able to reproduce it (more or less). If I left click on a piece and drag then tab through a several windows while holding the left button down, i can get it to occur fairly reliably. 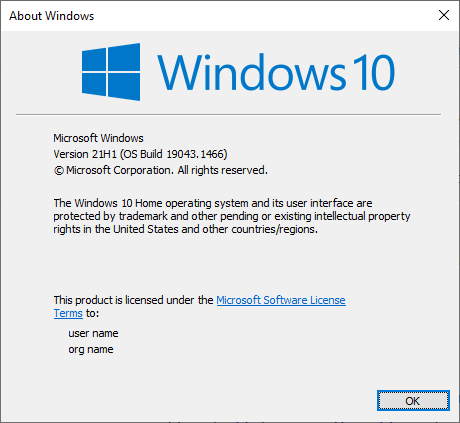 So far I have been unable to reproduce this, although I too am running on Windows 10.

I have repeatedly dragged a piece (i.e. from my VASSAL map) out of the window, across various other windows including browsers and stuff, and have also done Alt+Tab to other windows during this.

I haven’t been able to repro.

I am running OS Build “19043.1526” which appears marginally higher/newer than yours so there is ghost of a chance that made a different, but I would be shocked.