has been created to propose a renewed and corrected version of the board game Advanced Heroquest, published on 1989 just after the glorious Heroquest and before Warhammer Quest. In our opinion Advanced Heroquest combined the immediate appeal of Heroquest with expanded random elements and gameplay deepness, without reaching the complexity and the Role-Play inspiration of Warhammer Quest. The game has been designed for a cards decks based experience, and all the complicated tables of the original game have been replaced with immediate cards-picking and dice-rolling dynamics.

With few clicks you can organize your own adventures on this renewed Advanced Heroquest. The material shared on this portal can be used for single matches and, more properly, to organize a community game Campagin, in which different Guilds, founded by players with their Heroes, compete for the ultimate game objective: gather, invest and amount huge quantities of gold Crowns!

This is the first public version of the Vassal Engine AHQ3.0 module, including all the basic component, the huge amount of cards, tokens and tilesets to start playing your campaign together with a set of basic Heroes and the model to customize Hero Cards and Hero Tokens. Further fixes will follow and the work on Addon Packs has just started

All the artworks are original, no scanned material included, so any copyright issue is avoided.

Here is a quick Setup Guide to start your adventure in the Vassal AHQ3.0 Module: 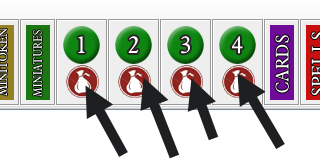 Heroes Cards are placed in Miniatures section, while all the other Cards are in the Cards section, Spells and Prayers in their relative section: 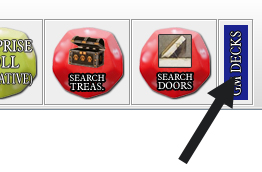 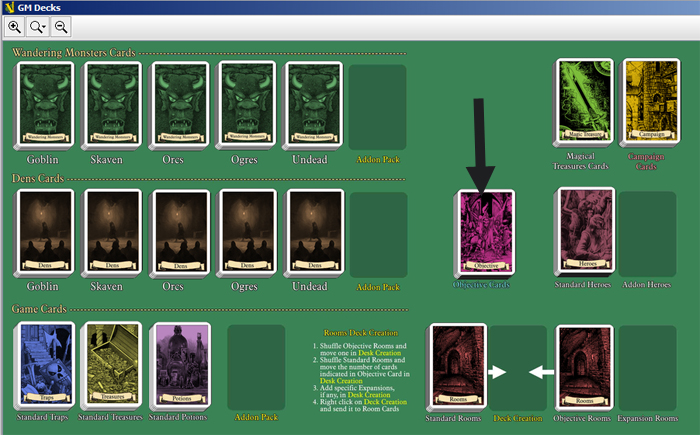 an now place it in the Game Cards, with the proper button: 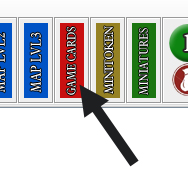 in its proper place:

this card will determinate how to build your Game Decks: go back to GM Decks and select:

a. The monster decks indicated by the Objective Card for Wandering Monsters and Dens.
b. The Traps, the Treasure, the Potions, the Magical Treasures: right click on the deck and choose the option “Select as … Deck”: 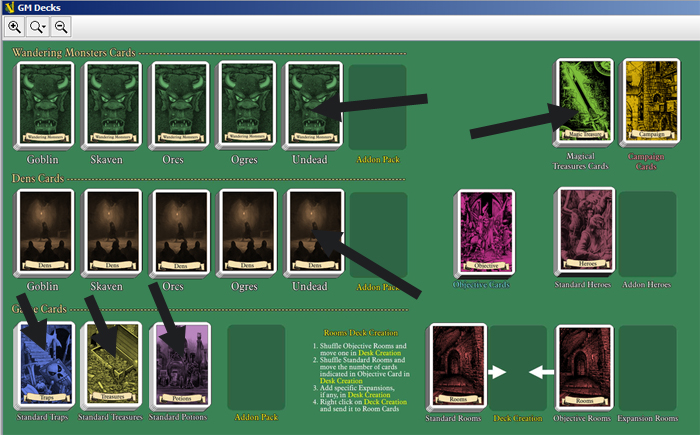 this will result in the Game Cards window “populated” by the proper Decks:

It will appear in the Game Cards window: shuffle it before starting your game and remember the rule that at least 8 Rooms Cards have to been drawn before the Objective Room. 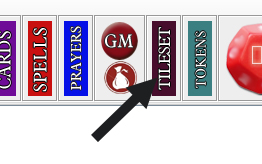 Each Tileset has a “Startup” piece, that is how every dungeon starts: stairs, passage and T junction: 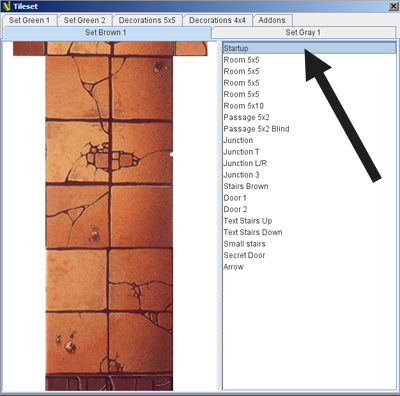 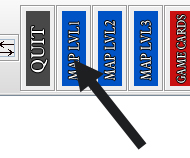 and place it in the center of the map: 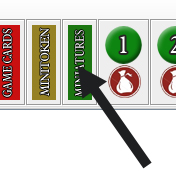 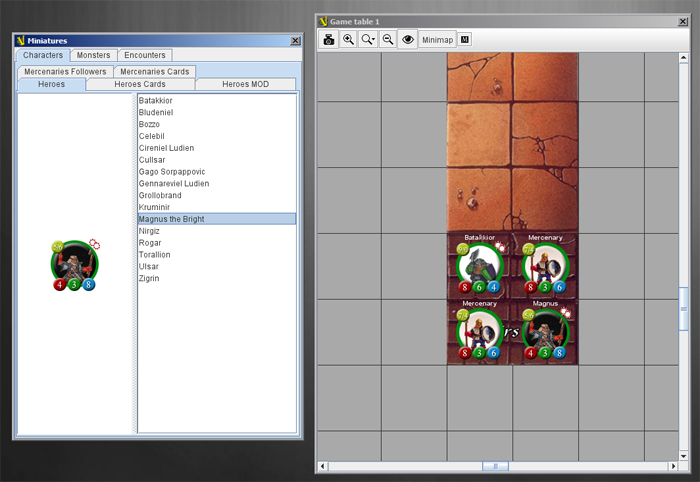 You have finished, remember that GM Inventory can be accessed with proper button: 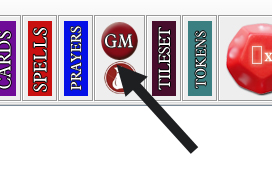 and here the GM will place the Dungeon cards picked during the game. When you have to discard Dungeon Cards and Room Cards drawn use the proper decks space. All the other Cards have to be sent again in their deck after the draw, applying a new Shuffle.