what is the fix?

If the module doesn’t have a Scenario Chooser, the fix is to unzip the module, remove the “ancients” folder and re-zip it back to a .vmod.

looking into this now.

I’ll fix it. By sheer chance, I opened Scenario 7 and found that it has got cards discarded from the Dragon deck. Can’t see any explanation of this in the scenario notes so I guess this is a setup error that hasn’t been spotted due to decks being on a separate window. I checked Sc01-15 and will check the rest before I publish the update.

and weird about scenario 7

there are 3 known scenario issues as well
Scenario 35 (Suriagehara) is missing the 3 hills near Date Shigezane’s position. When opening the module, I see 3 error messages:
Scenario 34 (Takakura Castle) appears to be accurate, but none of the units have indications of the number of blocks they have. Click the 101 marker and save
Scenario 33: the number of starting honor and fortune tokens is reversed. Blue should start with 7 and red should start with 4.

all of those I can fix easily

In Sc35, are these the hills you can see? 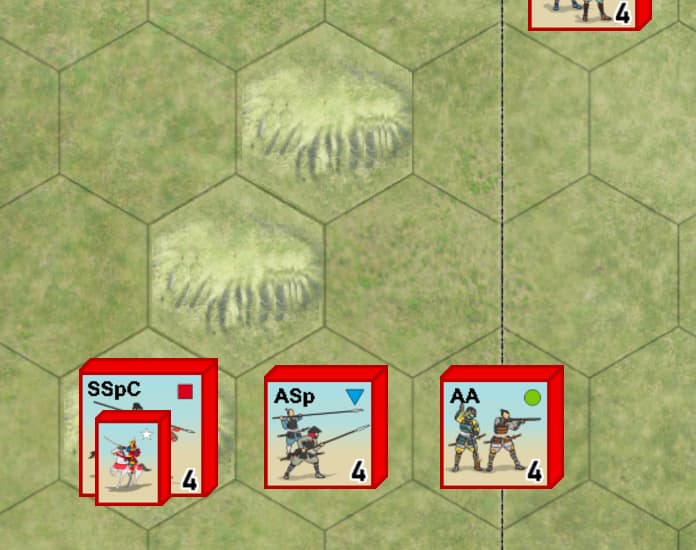 I get two errors messages:

I might just rebuilt the scenario, as I can’t track down what pieces these missing images are associated with.

@MarkMcG - have shared an updated module with you on dropbox.