Either. I have skype for live. East coast USA time zone here.

I am PBEM only.
could play many of these , not sure which are best via email.

Hi I play Panzerkrieg. Someone would have to provide copies of the scenario maps, because the module doesn’t include them. I have the revised rules incorporating errata and faqs, but there are no scenario maps so you can’t tell which start lines to use from the module. I don’t have the physical game anymore, unfortunately.

PBEM is how I usually play, but that could be problematic for Panzerkreieg due to reserve rules, requiring extra back and forth for that function, which would also isolate the combat rolls making it easy to re-roll until you get all sixes…lol. So maybe die rolls could be made live via skype. I only have audio skype for now, but you could roll for me if you have vid.

I’ve got three games of Russian Campaign going now. 2 as Sovs, 1 as Germans. At the moment I’d like to play something else.

I know AH Third Reich (probably first or second edition I don’t remember). Never played with all the rules though… I like playing the Russians or Germany.

We are a WW2 pbem group.

Are you open to learning Panzerkrieg: von Manstein & HeeresGruppe Süd | Board Game | BoardGameGeek

TRC would be a possibility ??

I haven’t played it in over 7 years, but it’s worth refreshing.

Oh, but I did smash in that game. Also play A3R if you’re up to it… 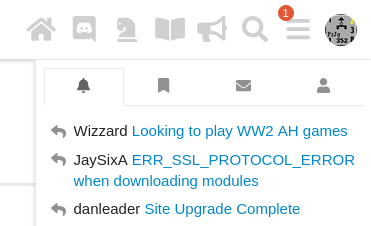 Simpler: If you have the avatar of the user you want to send a message to on screen, click that—it will bring up a box containing a “Message” button.