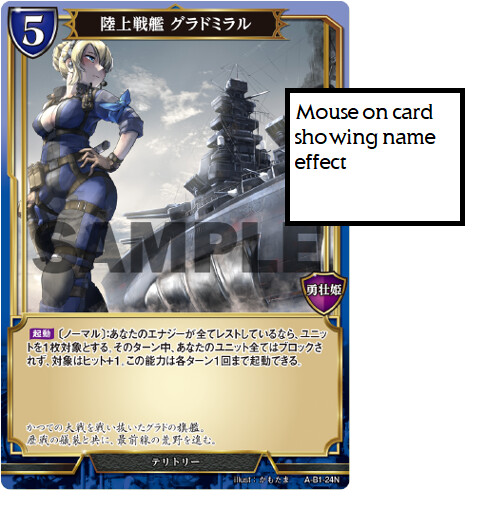 Take a look at the Mouseover component. You will need to define one on every map where you want the text to display.

Mouseover also displays the piece (card) but you can disable this, so I understand, by setting the Mouseover zoom level to zero.

May not be perfect for what you want but it is hopefully near enough.

To display different text per card, define the text as a Marker on the card and display that marker in the Mouseover text. I am not sure if wrapping is automatic but you can enable html text.

So, in each card what proprieties do I choose?

I did this in the MouseOver Stack-View, but i don’t know how to do the rest 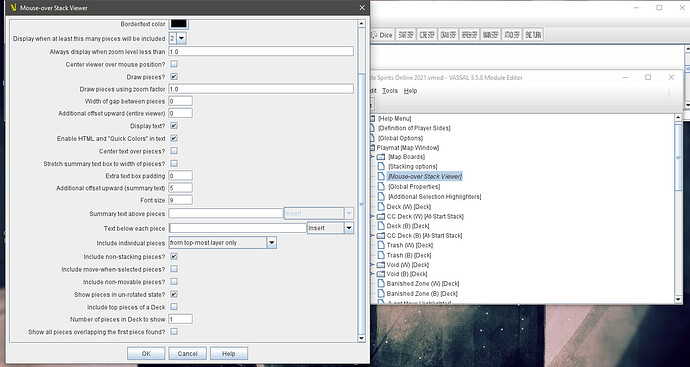 To get this Mouseover to work on an example card, add a Marker trait (eg cardText) to the card defined with the text you want to display. Put the marker name into the below text field in the Mouseover definition e.g. {cardText}

If there are pieces in the module that you don’t want a Mouseover for, then change the selection dropdown to select based on property. For example, you could include only pieces with the Marker that you defined. This example expression would do that: {cardText != ""}

(Update - corrected so that code examples should now work)

As a quick aside, don’t try to copy and paste that last bit of code from Mark…the forum software seems to have automatically replaced the standard double-quotes " with “fancy” ones, which VASSAL will have no idea how to interpret. Here’s a version that can be copy-and-pasted successfully: {cardText != ""}

(You can enclose text in back-ticks `` for that effect.)

Thanks @uckelman and @jrwatts. Markdown link handy. Turns out that the corrupted/fancy quote marks were due to my input device (Apple) default behaviour rather than discourse, Both errors now corrected in my earlier post.