Not really knowing what I was doing, I defined the characters’ Mask like this: 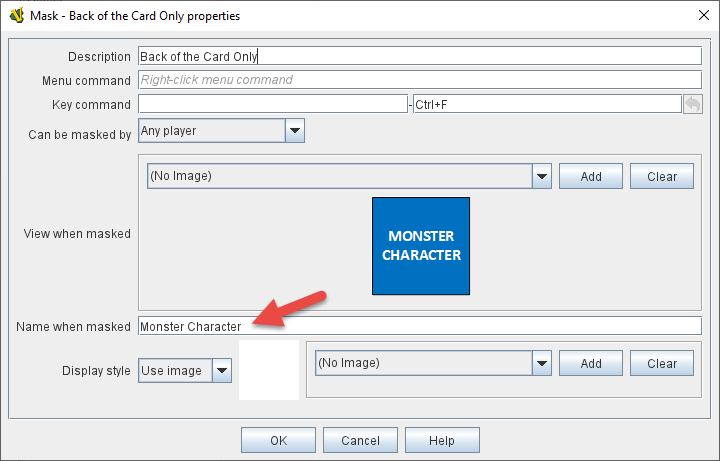 Note that “Name when masked” field. I didn’t know what to put, so “Monster Character” seemed like a reasonable value here. After all, when the monsters are still in the Monster Deck, I want them face down and unreadable to all players. Once the card is drawn, I want the card to be face-up for the rest of the game.

Everything works fine, unless you look in the game log. This is what it looks like when you draw three monster characters and move them one space on the board:

In the game log, all cards are identified as “Monster Character.” I’d prefer them to be identified by the name I give them here: 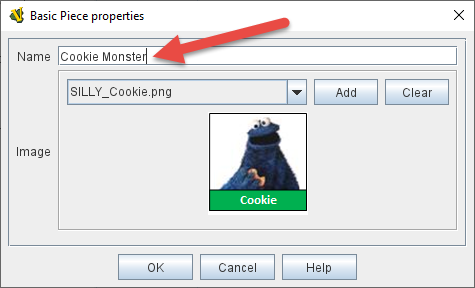 Is there a way to do this WITHOUT manually typing the character’s name in every Mask → Name When Masked field? I’d love a dynamic solution where the card’s name could be represented as a variable or something.

Did you check the box to “Draw new cards face up” in the Deck properties? If so, then I think you’ve found a bug, because once the card is face up, it should revert to using the Basic Piece Name.

@jrwatts Ahhhhh, you are correct! I’d missed that checkbox on the Deck object. Once I checked it, the issue was resolved. Perfect, thank you!

@Brent_Easton Thanks for responding. Sorry, is “Report Format” a setting on the Cards, the Deck, or the Mask? I don’t see it. Curious…

Sorry, I misunderstood the problem and misread the sample. I was talking about the movement report formats in the Map which control what text is displayed when you move a unit or card.

@Brent_Easton Ohhh gotcha. That’s interesting too. I need to read up on it…